This project involved the renovation of a residence in the Tama Plaza Danchi in Yokohama, Kanagawa Prefecture, Japan. 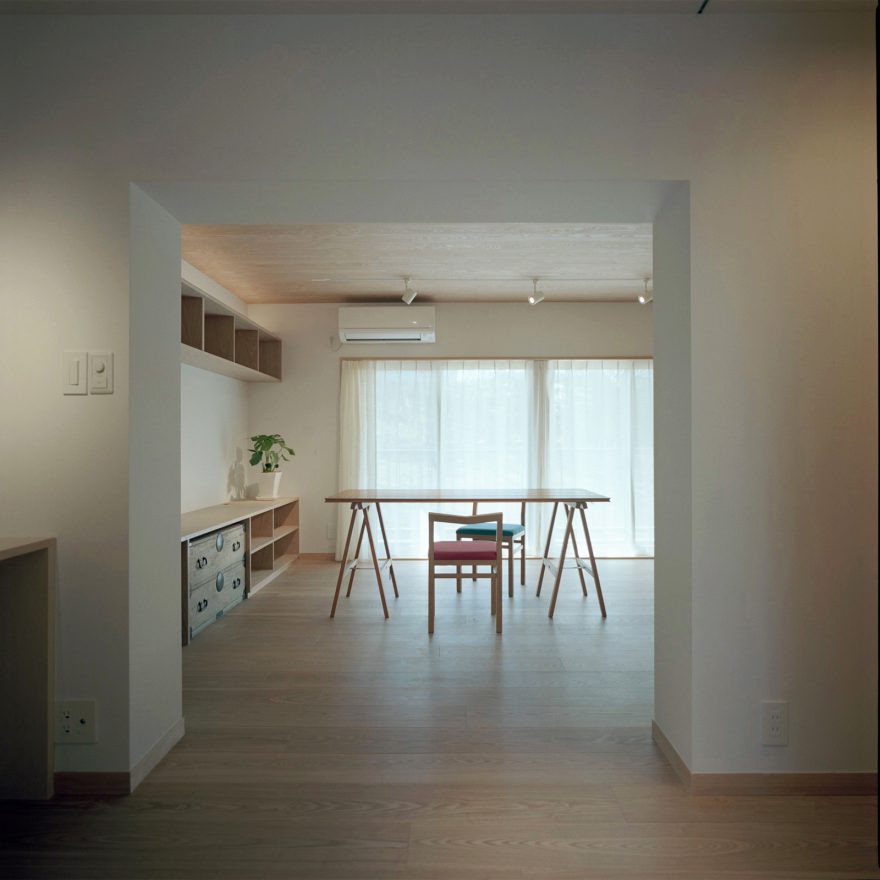 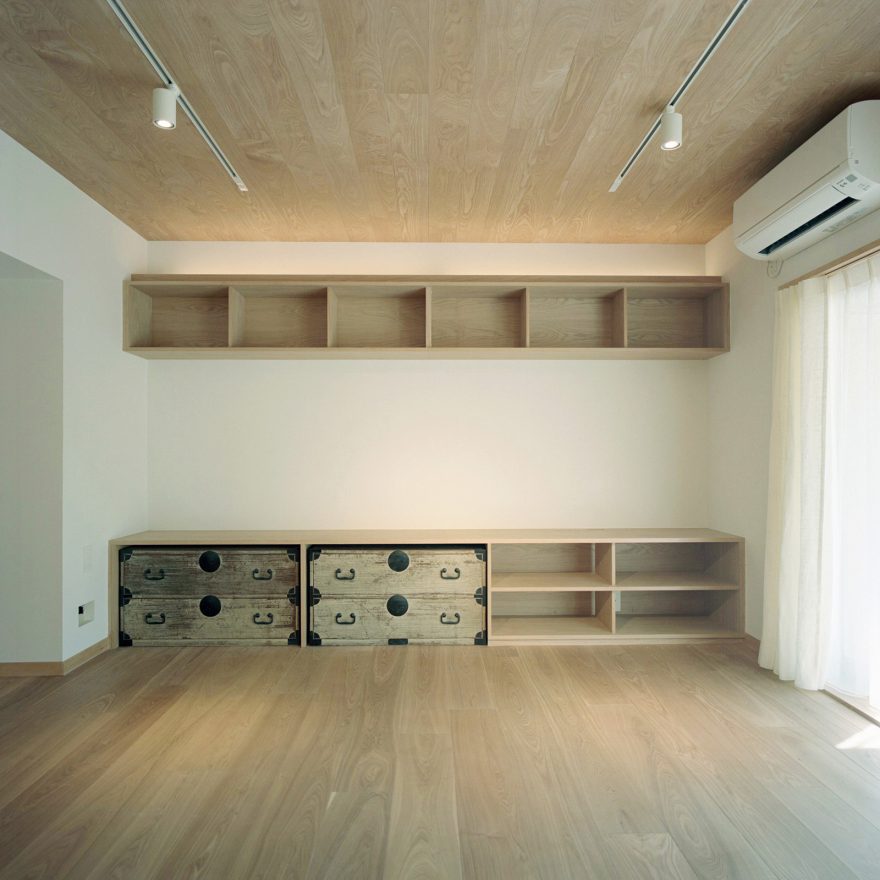 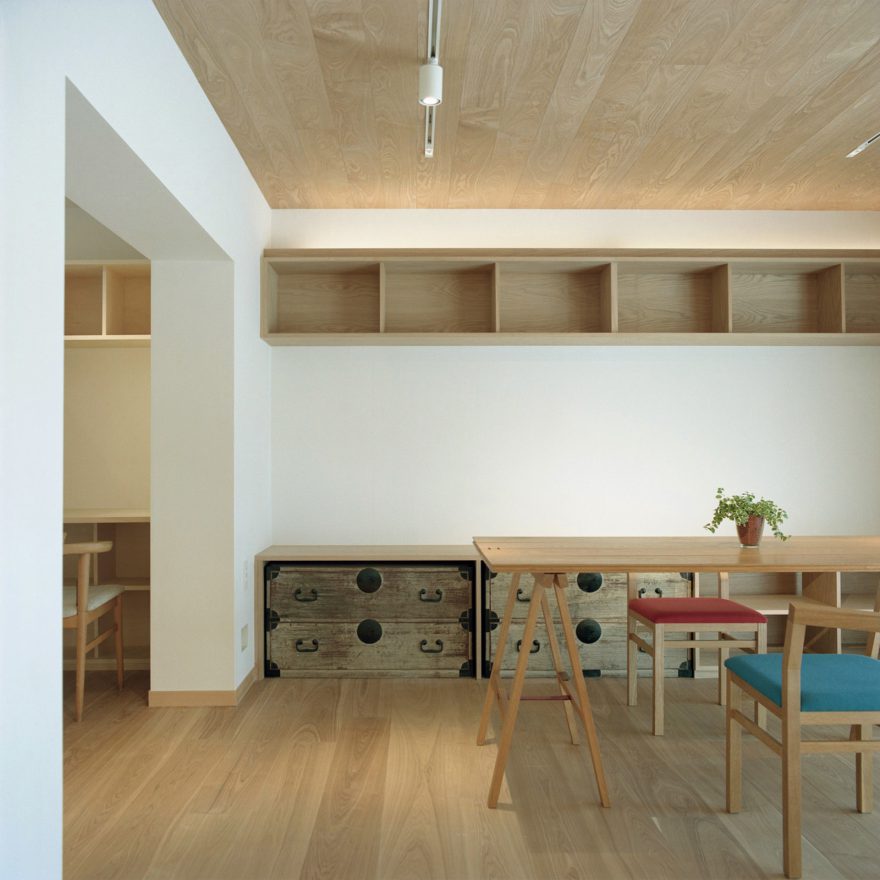 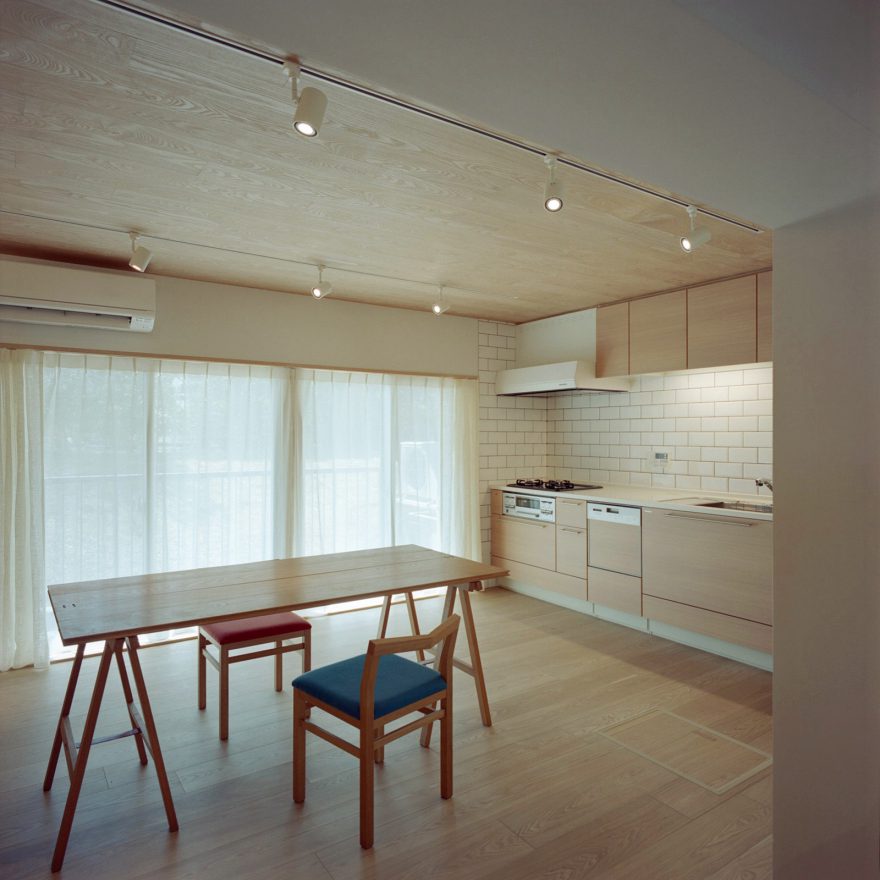 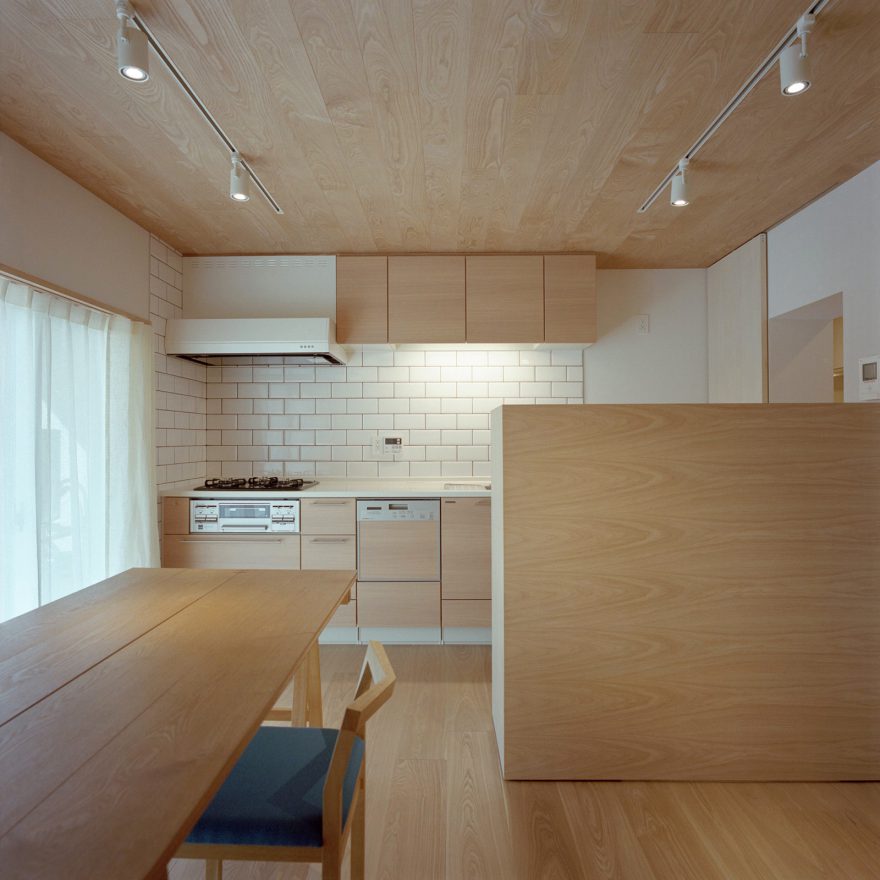 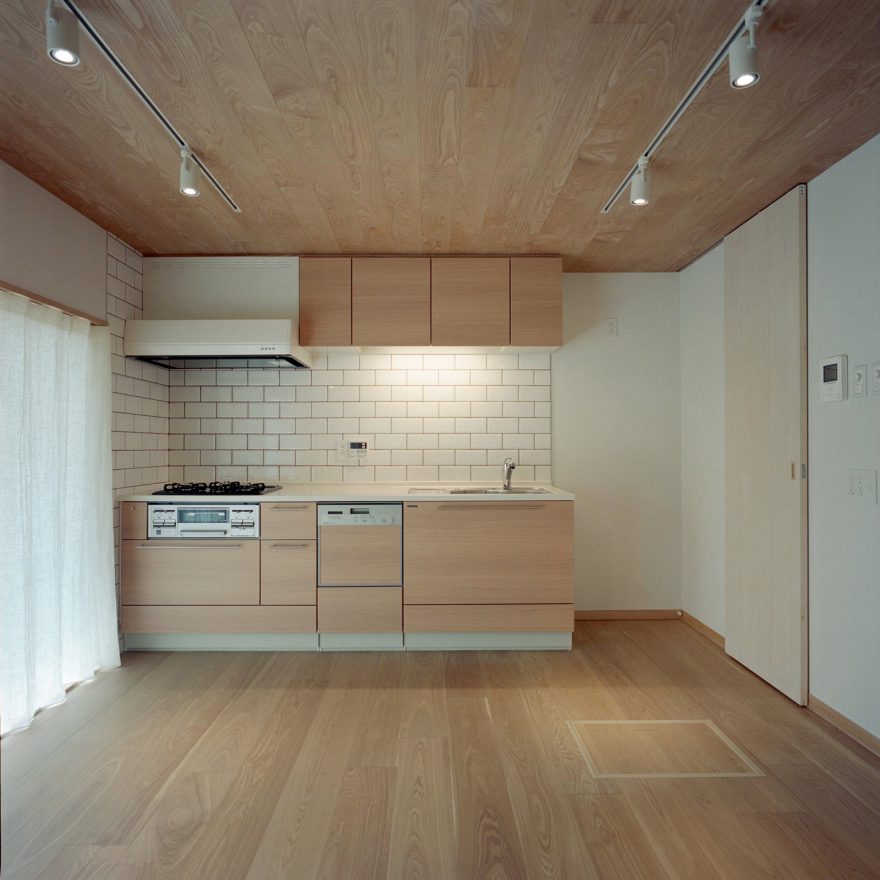 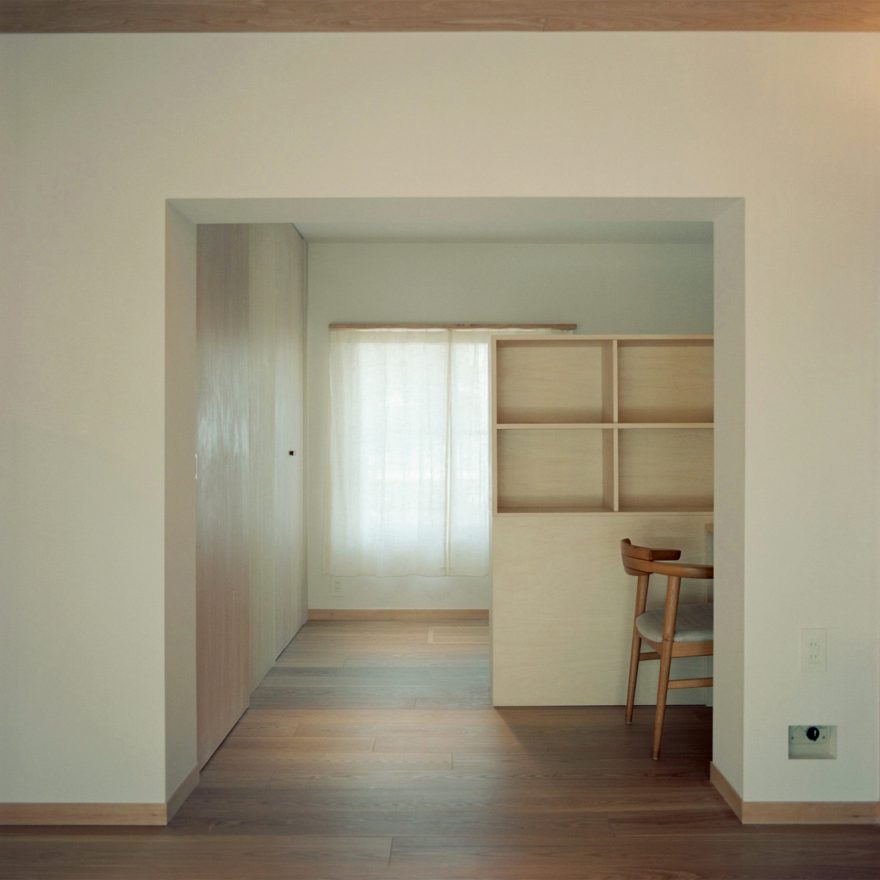 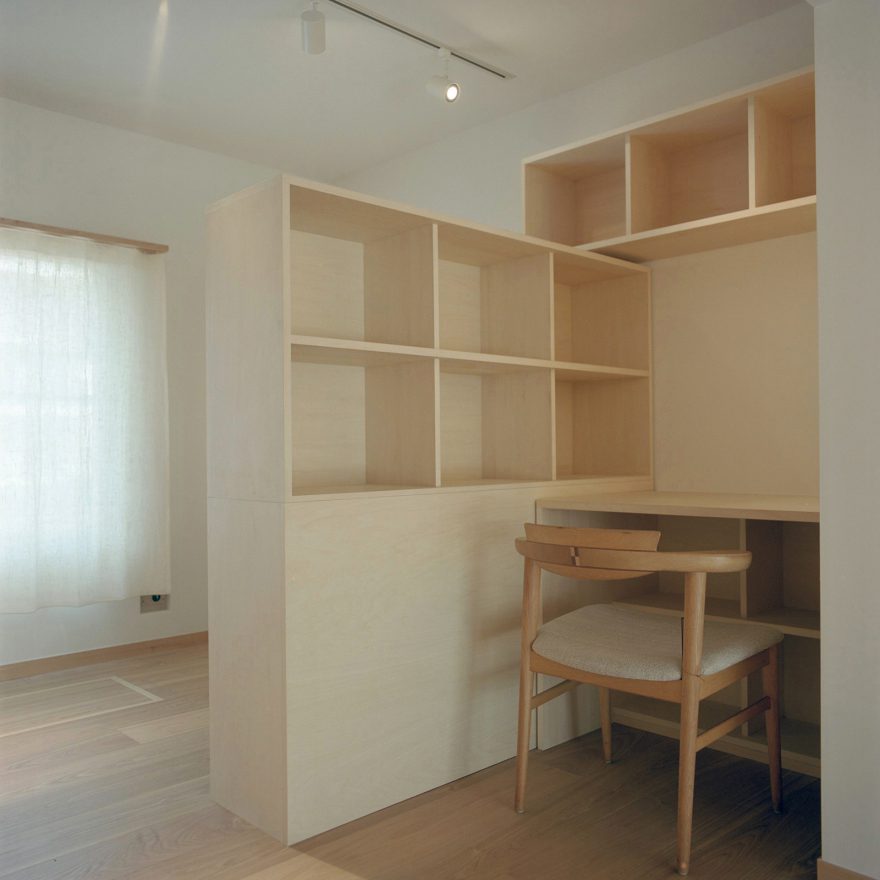 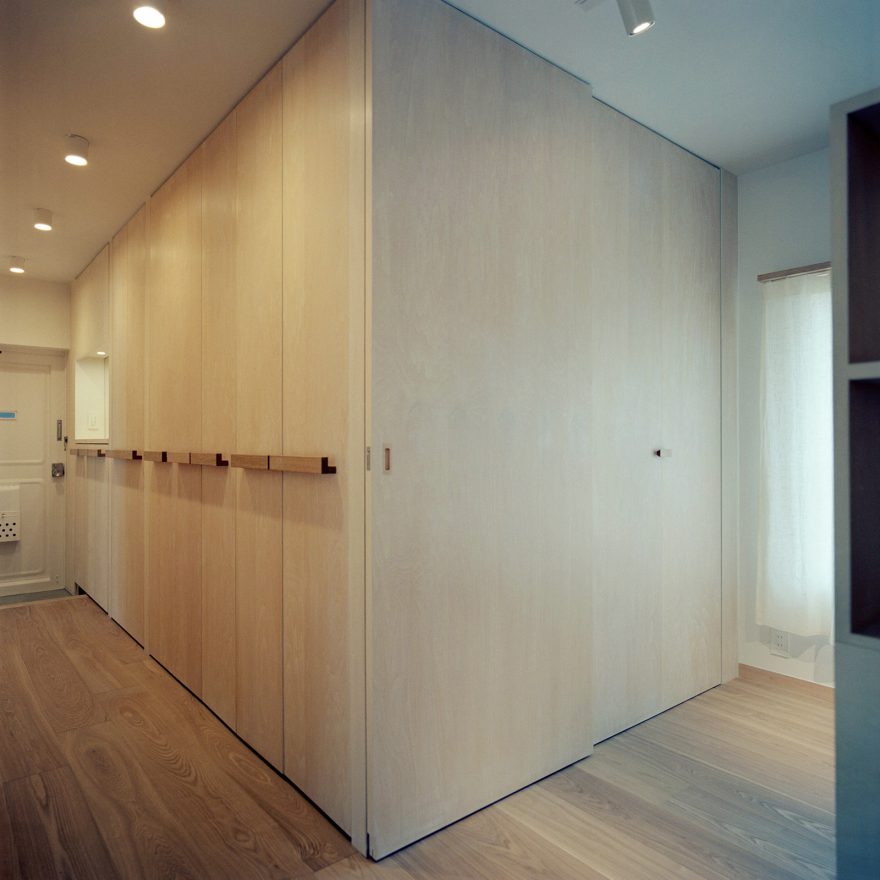 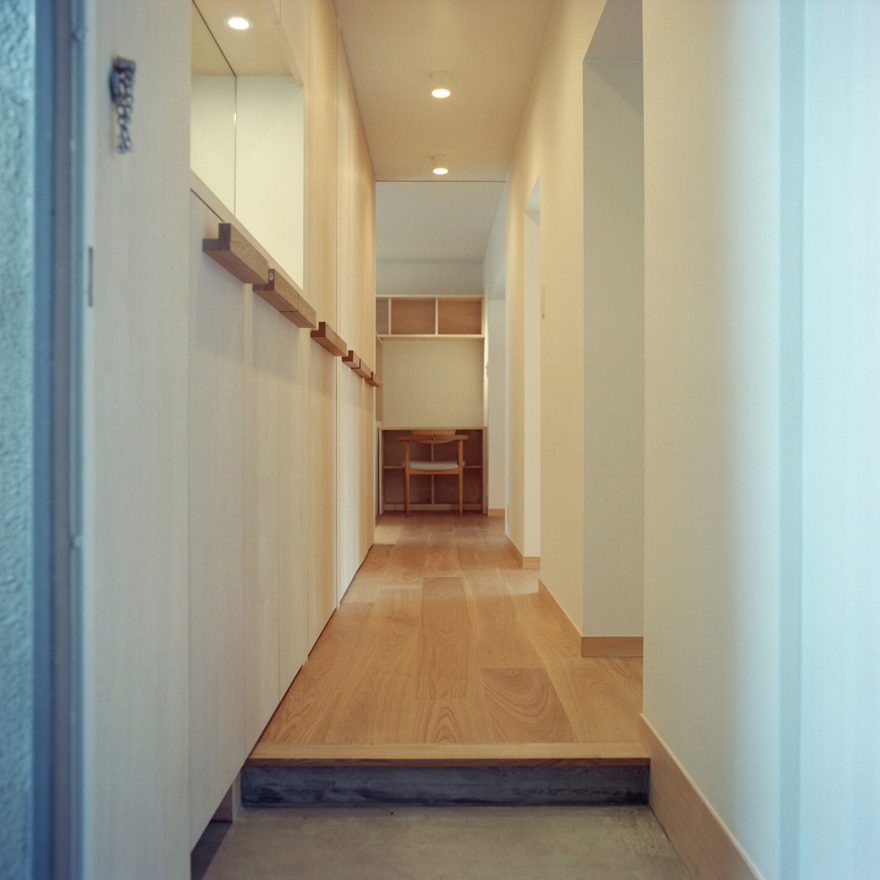 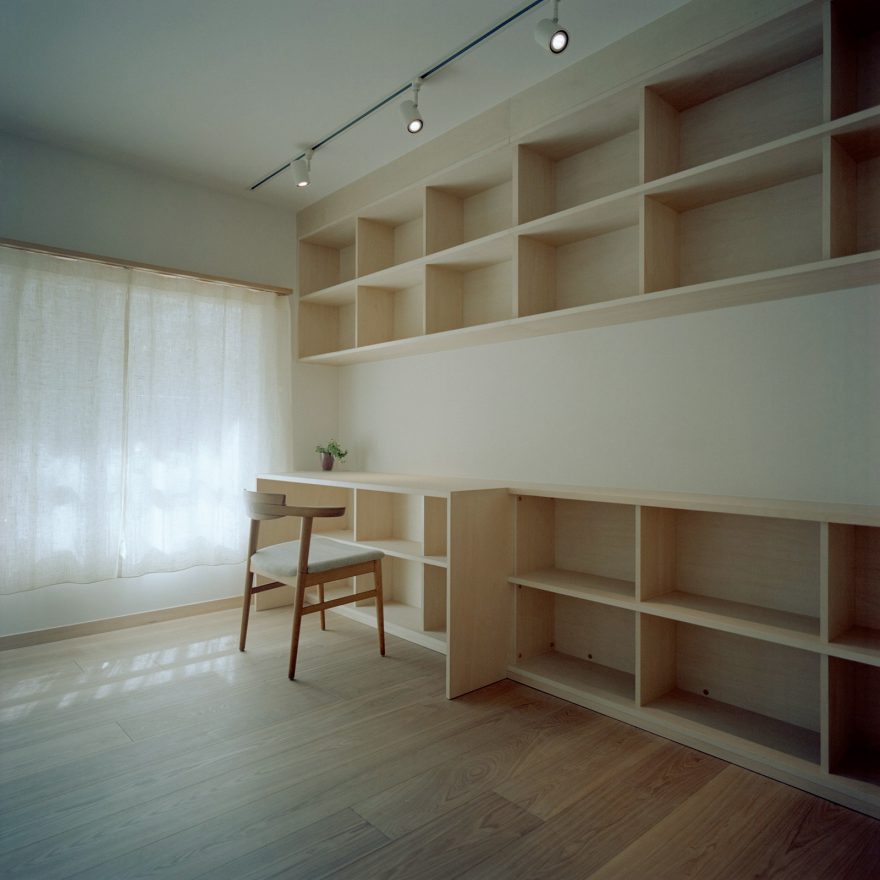 This project involved the renovation of a residence in the Tama Plaza Danchi in Yokohama, Kanagawa Prefecture, Japan.

NOTE: Danchi is the Japanese term for multi-unit, residential buildings grouped together so as to provide the various kinds of infrastructure needed for domestic life and to optimize logistics.
Many danchi were built between the 1950s and the 1970s, which was the highpoint of Japanese economic development.

Danchi were often built with more space around the buildings on the site than the various kinds of residential complexes of present-day Japan. Even though they are deteriorating, there are many which are surrounded by a park-like environment, with trees that were planted in the past growing taller and taller each year. Danchi have many fans who appreciate their unique atmosphere and the positive points offered by such surroundings.

The residence, which was the client’s childhood home, was designed in response to the client’s brief to renovate the apartment so that it would suite the lifestyle of the family and the couple.

The building is constructed with a low ceiling height, thus limiting the vertical dimension. We thought to work with this, together with the exterior that features a pleasant, expansive green area. Abandoning the idea of pursuing spaciousness in terms of height, we sought to create an environment that would create a calm and settled feeling, arising from a sense of horizontal expansion, to avoid any hints of claustrophobia.

Accordingly, the same material—Japanese ash—was used to line both the floor and the ceiling of the kitchen-dining-lounge area. We replaced the old sash windows that had central horizontal beams or ventilation windows attached, and, through the sleek installation of air conditioning ducts and curtain rails in the window areas, were able to orchestrate a sense of spaciousness whereby the eye is naturally guided to the exterior.

The layout of the rooms was left largely untouched, but was fine-tuned so as to align wall and corner lines with the intention of creating a simple, user-friendly space overall. The dressing room, basin and laundry area, bathroom and toilet, which had been directly visible from the passageway, were brought together to create a single sanitary space that is clearly divided off from the other parts of the residence.

A washing machine, shoe cabinet, and storage for various other life essentials were installed afresh along the sanitary space wall that flanks the passageway. Lined with wooden paneling stained white, the result in an accent wall that is constantly visible, thus imparting warmth and softness to the space.

In contrast, both the husband and wife’s private rooms have not been divided off to form distinct rooms, but have been gently partitioned off through the use of structural walls, movable shelving units, and retractable fittings. While this creates a sense of openness, it also means that distance can be mutually negotiated from moment to moment, as desired.

The low ceilings emphasize the sense of spaciousness achieved by being able to see the scenery outside the windows, and combined with the relaxed connections between each of the rooms, the result in a space that has achieved both a calm and settled, and a spacious ambiance.

A comfortable LDK sandwiched between the entrance and the sun room

A rich studio to receive a family life

A space and future connected by the window inside

3LDK house that can be changed by partitions

The house built on the Flagpole land was regenerated